Visiting Québec this summer? Consider a stop at the Canadian national historic landmark Pointe-au-Pére. It deserves a spot on your itinerary.

The tragic fate of the Empress of Ireland

The Empress of Ireland Pavilion houses a museum that opened in 2000 and contains a creative recounting of the history of Canada’s worst maritime disaster that took place just off the nearby headlands. 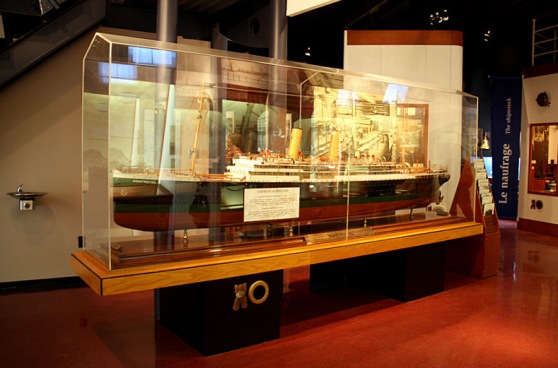 In heavy fog, in the early hours of May 29, 1914 the luxury liner RMS Empress of Ireland was struck amidships by a steamship hauling coal up the St. Lawrence River. The steamer was fixed with an icebreaker bow that tore a 14-foot hole in the Empress. She sank in just 14 minutes. There were 1,477 passengers aboard the ill-fated liner – only 465 survived the frigid waters of the St. Lawrence.

Even though the loss of life on the Empress of Ireland was in a league with that of the Titanic and Lusitania, the sinking of the Empress remains relatively unknown. Here are some reasons.

The Titanic was a celebrity ship on her maiden voyage on the prestigious route between New York and London. There were many famous people aboard and her builders had bragged that the Titanic was unsinkable. After hitting an iceberg, she sank on April 15, 1912.

The Lusitania had the distinction of being torpedoed by a German submarine on May 7, 1915, just under a year after the Empress tragedy. The Lusitania incident eventually led to the United States entering World War I.

The Empress of Ireland was on a routine run across the Atlantic from Québec City to Liverpool – not a particularly prestigious route. There were no famous millionaires aboard, and apparently the loss of 1,012 ordinary lives was not remarkable at a time when tens of thousands were dying on the battlefields of Europe. The Empress tragedy was literally pushed from the front pages of every newspaper.

Notwithstanding the lack of notoriety at the time, the Empress sinking was one of the world’s biggest civilian losses of life at sea.

To this very day, there are over 600 bodies entombed in the twisted wreck of the Empress – just 130 feet below the surface of the icy cold waters of the swift St. Lawrence River. 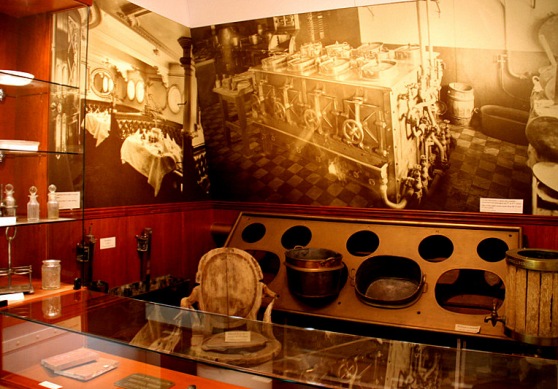 The detailed exhibits in the Pavilion are full of artifacts recovered from the ship. In addition, a dramatic film presentation documents the events leading up to the sinking.

Had it not been for the early dark hour and fog, the Empress of Ireland accident could have been visible from the Pointe-au-Pére Lighthouse. Built in 1909, at 108 feet the lighthouse is the second tallest in Canada. 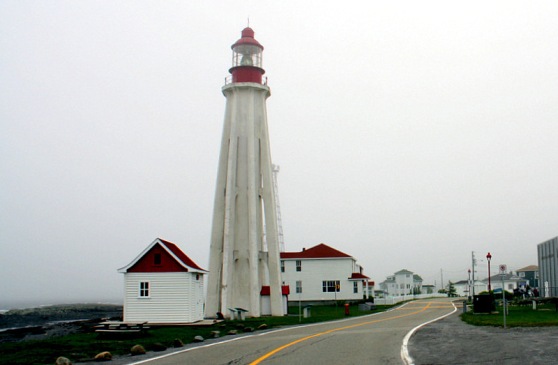 The lighthouse is constructed of concrete with eight buttresses that support a central tower with 128 steps to the top.

The light was deactivated in 1975, and it, along with the adjoining lighthouse keeper’s house, is now open to the public.

The keeper’s lodge is a “Museum of the Sea,” in which there are several interesting exhibits about navigation on the St. Lawrence River.

The HMCS Onondaga Attack Submarine was part of the Canadian Navy’s prestigious Atlantic Maritime Forces for over 30 years. She was decommissioned in 2000, and is now permanently docked at Pointe-au-Pére. The Onondaga is the only military submarine on public display in Canada.

Visiting the Onondaga is an excellent opportunity to tour a modern submarine, which is quite different from the mostly WWII vintage boats that are open to the public in other parts of the world.

Pointe-au-Pére is located in the Bas-Saint-Laurent region of the Québec Maritime. It is the traditional starting point for the scenic Gaspésie Tour known for outstanding landscapes, charming inns, and delicious foods including succulent lamb, artisan cheeses, and maple victuals.

This national historic site lies three and one half hours northeast of Québec City. Drive along the south shore of the St. Lawrence on Route 132. Your destination is just 15 minutes east of Rimouski.

We recommend vacationing in the Quebec Maritime 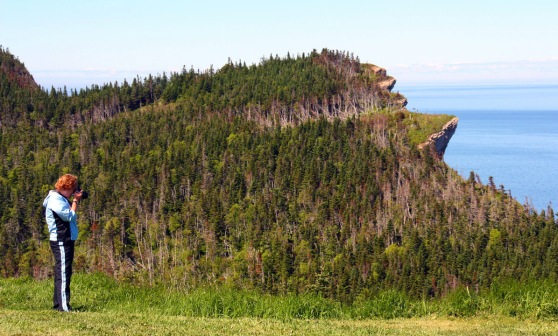 Lucky is the family that gets to vacation in Québec and explore its history and many natural wonders. This beautiful eco-friendly province of Canada is a photographer’s dream that has adventures around every turn in the road. We like spending quality-time in The Maritime, and we think you will too. For more information about what the Québec Maritime has to offer, check out their website: http://quebecmaritime.ca. Take special note of their unique self-guided tours.

“Get out there, but be prepared.”

Whenever we travel, we are protected by Allianz Global Assist travel insurance.

You can plan your trips with Google Maps.

The opinions expressed in our articles are the journalists’ alone, and have not been reviewed, endorsed or approved by any entity.